Liaoning Province has a population of 43.9 million and a land area of 148 thousand km2. Liaoning owns a coastline of about 2 000km, which is 1/9 of the total of mainland China. It also has about 150 000 km2 sea area, including 78 300 km2 in Bohai Sea and 71 900 km2 in north Yellow Sea. And Zhangzidao mariculture are is located in north Yellow Sea, within the jurisdiction of Liaoning Prov.

Like Shandong Province, the coastal sea has provided ample space for marine aquaculture in Liaoning Prov., whose seafood production (3.96 million t in 2014) and its total revenue ranks the fifth among all the provinces in China. In 2014, the total marine aquaculture production in Liaoning Province was about 3 million t, at a total value of 42 billion Yuan RMB. Liaoning has relatively high levels of employment in agriculture, and in catch fishery and aquaculture. 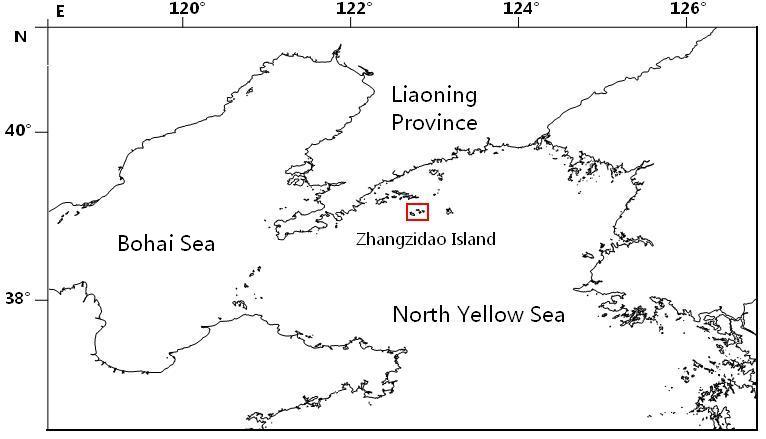 Zhangzidao Group Co., Ltd (ZZD) is the sole operator of the sea area around Zhangzidao Island. The company was set up in 1958, and it operates a seafood producing chain including hatchery, growout and processing instalments, with a registered capital of 711 million RMB. The company has a total asset of 3.3 billion RMB, 5000 staff and 19 sub-companies.

ZZD is one of the main aquaculture and fishery companies in China, and it is the biggest base for aquaculture and sea ranching of high-valued seafood in north Yellow Sea. It operates a 2000 km2 ocean farm, producing about 60 thousand t of scallop Patinopecten yessoensis, sea cucumber Apostichopus japonicus and abalone Haliotis discus hannai annually.

Capacity of ZZD company for sea ranching and aquaculture:

To implement ecosystem-based aquaculture and sea ranching, ZZD has established an integrated environment and water quality monitoring programme, including: